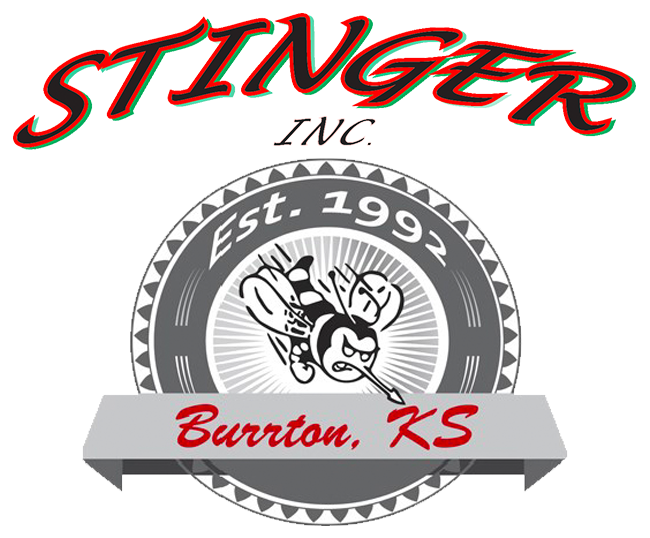 "We grew one piece at a time"

It started as an idea to make handling hay easier on the Matlack farm in Burrton, KS. Over 22 years later, brothers Larry and Bill Matlack have more than 600 machines scattered from New York to California. And the company has gone from employing three people in 1992 to 24 today. "We grew one piece at a time," Larry Matlack said, noting there are always risks and concern when someone ventures out and starts a business. "But we initially had family support who believed in the idea and, soon after the sales began, we had support from our local bank."

Stinger's story is similar to other start-up ventures that span America. The brothers took an idea that worked for them and began marketing to others in the industry. "We showed the equipment to some individuals and friends in the western Kansas hay country," he said, noting they told him they would buy one if the brothers could build it. "We decided to start building the project." The family worked together to produce that first hay handling system "using scrap iron on the farm," Larry Matlack said. They named it the Stinger for its bale forks that protruded beyond the front nose of the machine.

"Lamborghini's for the hay industry"

The basic idea was to mount a self-loading bale carrier on a heavy duty chassis to eliminate the need for 2 operators and a second piece of equipment in the field. For the first several years, the units were mounted on everything from retired New York City trash trucks to old school bus chassis'. In 1998 the company was faced with the decision to continue to make units mounted on used equipment, or expand and build a custom state of the art off road chassis specifically designed for Stinger. "The cost of our complete unit was likely to almost double in price and we weren't quite sure anyone would ever buy a $125,000 bale stacker," Larry explained. But working with Crane Carrier of Tulsa, OK. to design and build the chassis proved to be the most successful decision in the companies history. Years of constant redesigning and changes suggested by Stinger customers has led to where the company is today. " We are building Lamborghini's for the hay industry, " Justin Matlack explains "Compared to a mass produced product such as a John Deere tractor or a Peterbilt truck, each of our units is hand built from the ground up with over 500 man hours of labor put into each unit." Today, Stinger is an industry leader in moving large square bales. The company is not only the manufacturer of the world's fastest self-propelled bale wagon, but also builds cube-line square bale wrappers and baled biomass transport equipment.

Looking forward to their retirement years, Bill and Larry have both moved away from the production and sales side of the business to enjoy other important parts of life including farming, grandkids, and leisure. Bill and his wife Melissa both enjoy traveling the United States, jeep and off road rally's and trips with the Harley. Larry along with his wife Betty now spend parts of the winter in southwestern Florida, and run their 400 acre Alfalfa and wheat farm throughout the other seasons. "We still farm and use the equipment we build today, putting up large 3x4 bales," says Larry.

Larry's two sons, Karl and Justin, both having been involved since day one of the Stinger company now oversee the engineering and sales of all the equipment Stinger produces today. Bill's son Jake now oversees the production and manufacturing side of the business. Bill's other son, Paul resides in Olathe, KS but remains a partial owner in the business as well.

Your message has been sent. Thank you!
There was an error - Please refresh the page and try again.